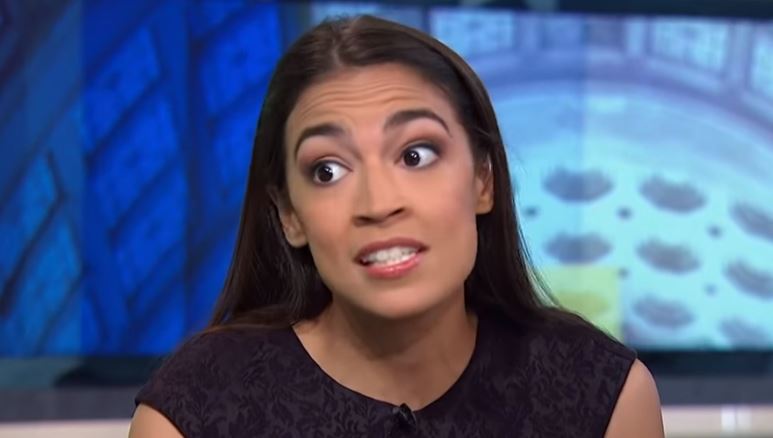 OPINION- (TNS) After a long hiatus, the bartender who went to Congress is back spewing BS like she knows what she’s talking about.

On Friday, we took her to task for getting the Trump administration’s new ‘welfare work requirement’ rule 110 percent wrong. She claimed that under the new rule, her family would have “starved.” Except that her family would not have been turned down for assistance under the rule in the first place, so…no ‘starvation.’

Again, the twit tweet-speaks before she bones up on what she’s speaking about.

It happened again on Friday, this time in response to Amazon’s announcement that they company was coming to New York City after all.

Won’t you look at that: Amazon is coming to NYC anyway – *without* requiring the public to finance shady deals, helipad handouts for Jeff Bezos, & corporate giveaways.

Maybe the Trump admin should focus more on cutting public assistance to billionaires instead of poor families. https://t.co/BbqhXbB9MM

Well, well….she sure showed us, didn’t she? And that billionaire rich guy Jeff Bezos!

Recall the joyous celebration this ‘congressperson’ demonstrated earlier this year when she helped kill Amazon’s plans to move a major hub to NYC.

Rep. Alexandria Ocasio-Cortez took a victory lap on Twitter Thursday over news that Amazon is scrapping its plan to build a new headquarters in Queens.

“Anything is possible: today was the day a group of dedicated, everyday New Yorkers & their neighbors defeated Amazon’s corporate greed, its worker exploitation, and the power of the richest man in the world,” she tweeted.

The freshman Democratic lawmaker had been a vocal opponent of the deal to lure the online retail giant to Long Island City — which would’ve given Amazon $3 billion in city and state subsidies in exchange for bringing a projected 25,000 jobs to the area.

Only a diehard Communist — and moron — would cheer the loss of 25,000-plus jobs, hundreds of which would have gone to New Yorkers living in her district.

But wait, as they say, there’s more.

First off, Amazon agreed to open an “office” according to the article this nimrod tweeted (but didn’t actually read, apparently). That’s a far cry from a major shipping hub and second HQ facility. So, 1,500 jobs are coming, but certainly nothing close to the 25,000 initially planned.

Amazon to open new office in Manhattan in 2021: https://t.co/PpP8ev4nw1 Inc said on Friday it would open a new office in New York’s Manhattan to house its consumer and advertising teams. https://t.co/eaBo4x08kP #capitalexits #acquisitions #mbo pic.twitter.com/7LUfHUUE5C

What’s more, this location is in Manhattan; that’s not sweetie pie’s district. So her constituents aren’t going to benefit much, if at all. Plus, the space is going to be rented, so no major new construction.

Who thought this was a win? Those moron Leftists over at Young Turks, that’s who.

If there were any justice in the world you would be getting a ton of apologies right now.

If there were any justice in this world, AOC would still be tending bar somewhere and a responsible adult would be serving in her seat in Congress.

This article originally appeared at The National Sentinel and was republished with permission.

*Some edits have been made.

Join us at SPREELY if you want REAL NEWS without the leftist censorship!

The leftists at Facebook decided they didn’t like our message, so they removed our page and are censoring us. Help us fight back and subscribe to our newsletter so that you can stay up-to-date with everything Facebook doesn’t want you to see!